What is Families God’s Way in the Kimberley? It is a custom made parenting program being developed by Bill & Joan Grosser, Rowena Mouda and Greg & Linda Wilson with the Indigenous people of the Kimberley in mind.

These last 5 mths we have been partnering with Bill & Joan Grosser and Rowena Mouda (a Christian Indigenous woman who is passionate to see biblical parenting principles passed on to her people). We have been working on developing a parenting course suitable for Indigenous parents that includes biblical principles originally taught in the Growing Kids God’s Way parenting material. Bill & Joan have been working really hard on making relationships with people all over the Kimberley especially for the last four months while they have been based in Derby. They have been frequently driving long distances from Derby to Halls Creek, Fitzroy Crossing, Looma & Noonkanbah with added fortnightly trips to Broome. They have been taking classes in all of these places with Indigenous parents who have expressed an interest and a desire to become better equipped in their parenting journey. We have joined them in the Derby classes and have been learning how to teach these sessions from them as well as learning from Rowena’s great first hand knowledge of the local culture.

Now Bill and Joan are back in Perth, and we have launched out in partnership with Rowena starting a parenting class at nearby Mowanjum on Monday nights during school term.  This is an exciting step for us all, as we’ve never done such a thing before, and for us it has the added cross cultural challenge.

Please pray for us as we make new relationships, and keep getting to know those at Mowanjum we have become friends with. Pray that all those who have been to one of the sessions will remember what they heard and be able to put it into practice is their own context. 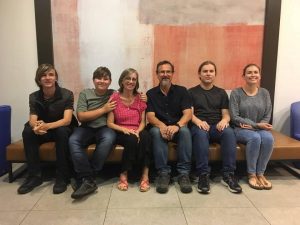